Skip to navigationSkip to contentSkip to footer

Winnaleah District High School students Maya and Jagger with some of their farm's chicken flock.

The Winnaleah District High School in Tasmania's north east may have just 90 students but it's got its sights set on becoming a hub of sustainable agricultural learning and innovation on its five acre school farm.

The school in the small town of Winnaleah - population 255 - is surrounded by prime dairy farming land, with more than half of its students from families who own or work on farms.

Led by its passionate Food and Fibre Production teacher, Keeley Lester, the school's vision is to build its farm into a resource for the agricultural community and to also inspire the potential farming leaders and entrepreneurs of the future among its students.

"We really want to turn this into a showcase of the latest agriculture technology and developments," said Ms Lester, who grew up on her family's farm just outside of Winnaleah.

"We want to expand the opportunities beyond the school gate, and be a learning hub of agricultural resources for students, the community, educators and other agricultural industries. Whatever new is going on we'd like to have it here to show our community."

It's a vision that had an extra boost recently with the school selected as one of the recipients of the inaugural Gallagher Landcare Fencing Grants aimed at supporting improved grazing management and conservation across the nation.

The 13 successful recipients have received a combination of in-kind Gallagher Electric Fencing and monetary support to facilitate their project outcomes.

For the Winnaleah school farm it's been a windfall, allowing the replacement of the farm's ageing fencing with a Gallagher Insulated Line Post Electric Fence system, incorporating the latest in smart fencing technology. 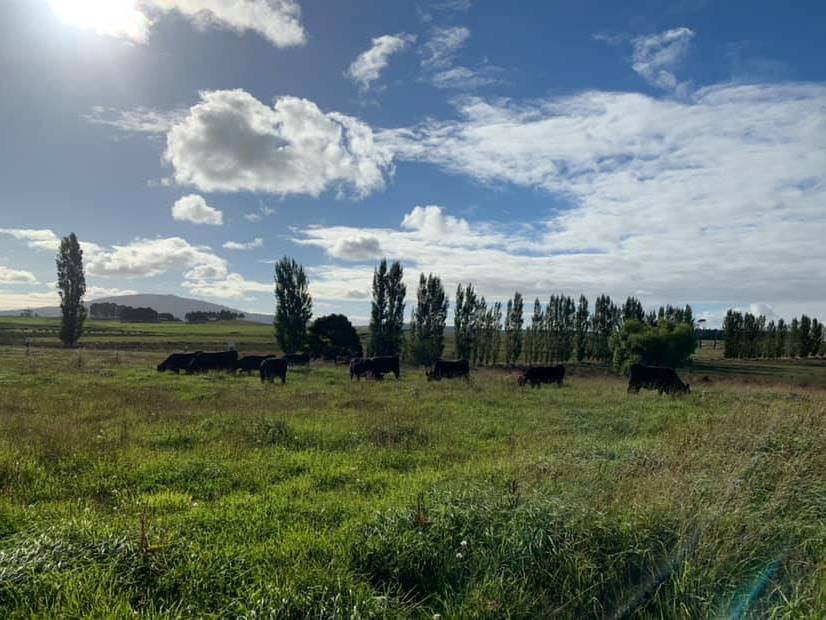 Farming classroom: A new fencing system will allow the Winnaleah farm to have better control over its cattle.

The system includes a Gallagher MBS1000i Fence Energizer with a fence communication system and WiFi Gateway that will allow school staff to monitor and control fence performance and function from their phones.

Ms Lester said the new hi-tech fencing allows the school to implement a series of projects that hadn't been possible before by providing precise control of the farm's stock, a herd of 18 predominantly Angus cattle, plus two newborn calves.

"All of our fences had become very old and dated and weren't really capable of keeping anything in or out," Ms Lester said.

"The fences really were our priority this year, and this grant has allowed us to get that in place and start rejuvenating the farm in the way we've wanted to because we can better manage where the cattle graze."

Among the projects the fencing is making possible is the implementation of responsible grazing practices such as strip grazing and area grazing, plus a series of cropping and pasture trials in collaboration with natural resource management body NRM North.

It also means the cattle can be fenced off from a wetland area the students want to protect and regenerate to help build the population of local protected animal species, as well as attract native bees back into the area to support the pollination of their fruit and vegetable crops. Located adjacent to the school - just a short walk through the playground - the farm was originally part of a neighbouring dairy farm. It was gifted to the school by owners, the Carins family, who remain neighbours.

Under the guidance of teachers, and with the support and advice of parents and community members that make up the dedicated Winnaleah District High School Farm Board, the farm has become a valued resource for hands-on learning, as well as fun, for the students ranging from kindergarten to year 12.

Since Ms Lester took up her role four years ago she's worked with the board to improve the farm and "recharge" the school's curriculum around the area of food and fibre.

"I'm a primary-trained teacher and when I came here four years ago as a teacher the principal said, 'You've got a farming background, how would you like to teach agriculture?'," she said.

"At that time it was just the high school students that were involved but now we've extended it to everyone, from kinder up."

The work on the farm is incorporated into the curriculum enabling study of animal husbandry, cropping, environmental, biological and chemical sciences, and agricultural technology, with a strong focus on the management of sustainable agricultural systems.

There's also practical education in running a business and entrepreneurship thrown in. The eggs collected from the farm's current flock of 16 chickens are sold to the local Winnaleah pub, while fresh produce from its extensive garden supplies the school canteen. Any excess goes to a local community store.

About to be introduced are some English Angora rabbits as part of a fibre production enterprise.

"What we're doing with the farm has relevance across so many areas of the curriculum," said Ms Lester.

"For the students it's incorporating real life issues and topics that they can relate to their own lives - they're not just sitting in the classroom and saying what are we doing this for?" 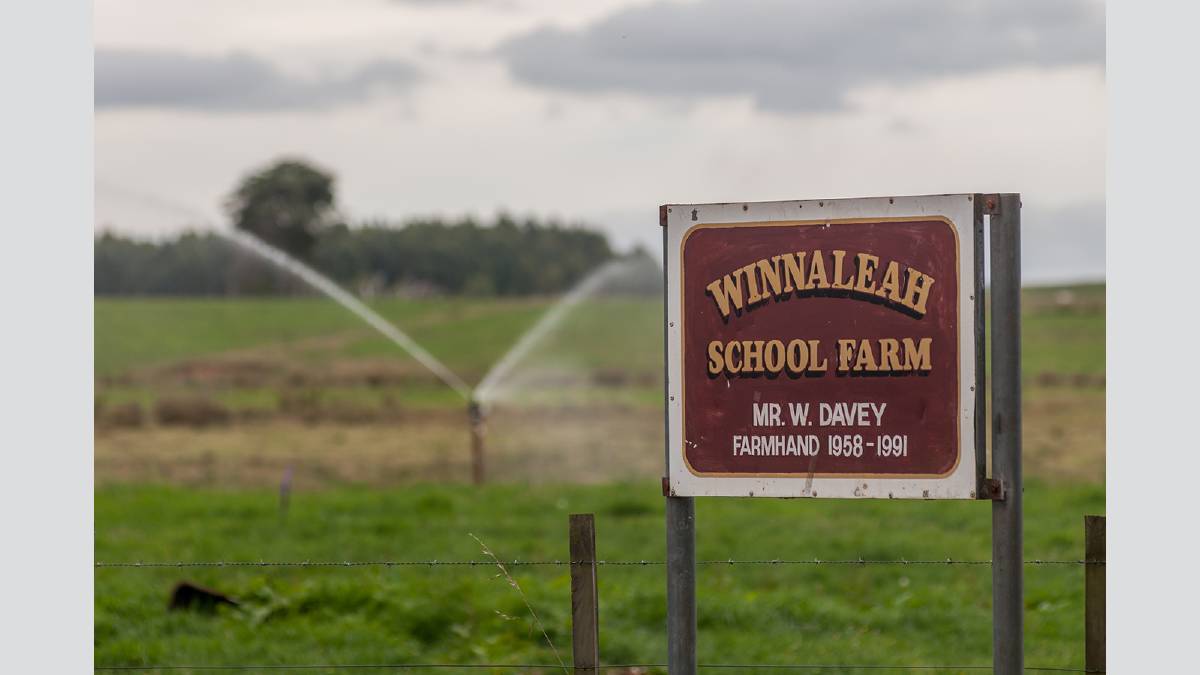 Ms Lester is particularly passionate about incorporating technology into the farm's practices.

Last year the school flicked the switch on its computerised irrigation system that lets students monitor and precisely control water use on the farm, while the new Gallagher Electric Fence communication system also demonstrates how technology is make farming tasks easier.

"We want to head down that tech pathway, showing students that farming isn't just about cows and sheep, and the role that digital technology is now playing on farms," Ms Lester said.

"The message we want to give them is that agriculture is so diverse, it's not just physically working on the farm.

"These students are the farmers and the agricultural innovators and entrepreneurs of the future."